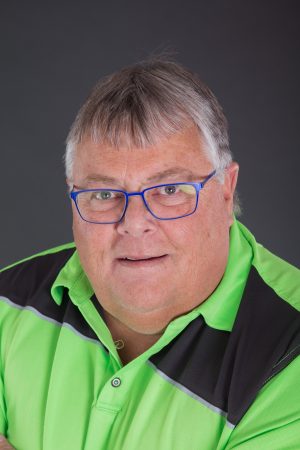 November 25, 1957 – December 21, 2021
It is with profound sadness and broken hearts that we announce the passing of Terry Evan Wickett of Nanton, AB, beloved Husband, Dad, Father-in-law, and Papa on December 21, 2021, at the age of 64 in the ICU unit at the McCaig Tower in Calgary, Alberta, surrounded by his family.
On November 25, 1957, Terry was born in Milden, Saskatchewan, to George and Donna Wickett and was the younger sibling of his brother Randy. Terry was raised on the family farm in the Glamis district, attended school at Glamis and Rosetown, Saskatchewan, and graduated from Rosetown Composite High School in 1975. As a teenager, Terry played both baseball and football. He also had a keen interest in martial arts and took karate and Jiu-Jitsu lessons. Terry played fastball with the Nanton Knights for several years and enjoyed curling, golfing, fishing, hunting, competitive shooting, and lightning photography throughout his lifetime. He was an avid sports fan but liked nothing better than watching his boys in earlier years play hockey and baseball and took great pride in cheering on his grandkids playing the same. He was also a diehard Saskatchewan Roughrider and Edmonton Oiler fan. At the age of 18, Terry applied for the RCMP. While awaiting his acceptance, Terry worked at the Gulf Service Station, Saskatchewan Wheat Pool, and Clements Funeral Home, all in Rosetown.
On July 19th, 1980 Terry married his childhood crush, Donna Brooks, in Rosetown, Sk. On August 12th, 1980, Terry reported to the Recruit Training Depot in Regina, Sk. to start his RCMP career training and graduated from Depot in February 1981. Terry’s RCMP detachment postings included St. Albert, Morinville, Nanton, Provost, and Claresholm, AB. His career spanned 37 years with the RCMP, and he was the consummate professional who lived by the core values of loyalty, honor, integrity, honesty, professionalism, compassion, respect, accountability, and selfless service. Sgt. T.E. Wickett retired from the RCMP on Oct. 24th, 2017, and retired in Nanton, AB, with his wife, Donna.
He was not only our devoted and loving Husband, Dad, Father-in-law, and Papa, he was our “hero” who’s left a hole in our hearts and will be profoundly missed, forever remembered, and so loved by his family and all who knew him. He left a significant mark in this world and an unforgettable legacy. Terry will be remembered for many things throughout his life but these words exemplify and epitomize the person he so genuinely was; “to leave the places you go and the people you meet a little better than you found them.”
Terry leaves to cherish his memory his immediate family; beloved wife and soulmate of 41 years, Donna; son Bradley (Shannon) and their children, Addison and Hudson; son Tyler (Laura) and their children, Leonardo, Oscar, Maverick, Ophelia, and Estelle all of Nanton, AB.; his loving Mom, Donna Wickett, and Mother-in-law, Lavona Brooks both of Rosetown, SK.
Thank you to the doctors, nurses, and staff at the Foothills Hospital and McCaig Tower for the care Terry received. Also, we wish to thank everyone for their outpouring of love and support at this most difficult time.
A Celebration of Terry’s life will be held at the THRC Arena, 2122 – 18th St., Nanton, Alberta on Friday, April 8th, 2022 at 2:00 p.m.
In lieu of flowers, we graciously ask donations be sent to the Nanton Community & Athletic Society in memory of Terry Wickett, Box 725, Nanton, Alberta T0L 1R0
To view full tribute, please visit Terry’s online obituary at www.zentnerfuneralhomes.com