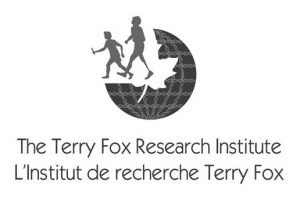 By Rob Vogt, Local Press Writer
It was the perfect day to be out in the sun, go for a run or a walk, and remember one of Canada’s greatest heroes and the legacy he has left behind.
The annual Terry Fox Run took to the streets of Claresholm on Sunday, Sept. 18, drawing more than 30 participants for the eight-kilometre event, raising $8,407 with money still trickling in.
The event started at the Claresholm Fire Hall where Deputy Mayor Rod Kettles welcomed everyone and brought greetings from the town.
He noted everyone has waited a long time to be able to gather so it was good seeing everyone out.
He also paid tribute to organizer Debbie Lozeman and the volunteers.
“None of this happens in isolation,” Kettles said. “Deb and her team has been working to keep this going for a long time.”
Claresholm is one of a few communities in Southern Alberta who has had a Terry Fox Run every year since they began in 1981.
The theme of this year’s event was, “I’m not a quitter”, and Claresholm has never quit.
Lozeman then addressed the participants before they started.
“Claresholm has been so good about supporting the run all these years,” she said, adding she encouraged everyone to enjoy the sunshine and fresh air.
“While you’re doing this route think about the 42 years that Terry’s legacy has (gone on).”
Fox began his Marathon of Hope in 1980, striving to run across Canada, raising one dollar for each person in Canada for cancer research.
He had lost a leg to cancer and ran the equivalent of a marathon a day on a rudimentary prosthetic leg. The cancer reappeared in his lungs, and he was forced to stop his run outside Thunder Bay, Ontario.
He passed away in June of 1981, and that September, the first Terry Fox Runs were held across Canada.