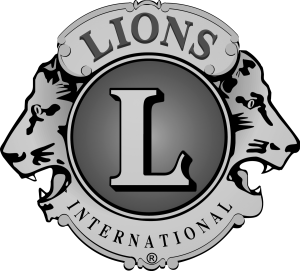 By Rob Vogt, Local Press Writer
All Jim Pedersen wanted to do was help the community when he joined the Claresholm Lions Club.
Now, 50 years later, Pedersen has been involved in a lot of the club’s activities and was recently honoured with a 50-year pin as a member of the club.
Pedersen joined the Lions on March 7, 1972. He was sponsored by Bob Thompson, and Jim Norgard was the president at the time.
“I wanted to help the community,” he said.
He has a lot of memories of what the Lions have done since then.
There were the trips Lions and their wives took. One in particular was to a Lions’ convention in Kalispell, Montana, where the Claresholm club had 29 members attend, the most of any single club.
Lions have become known over the years for cooking, catering a variety of functions in Claresholm and district such as weddings, school graduations, fly-in breakfasts at the airport, and much more.
They also serve beef on a bun on Fair Days weekend every August, and that has become a major fundraiser.
Another fundraiser is the Lions trip of the month draw.
The club makes a lot of donations to various community groups and projects with the funds they raise.
They have contributed to everything from STARS Air Ambulance; and the former community band with uniforms; to hockey and baseball teams with uniforms; figure skating, and much, much more.
They put cement benches in Lions and Ringrose Parks too.
One of the Lions’ main causes is helping the visually impaired so they have purchased equipment, supported guide dogs, and collected eye glasses that are refurbished and given to those in need.
They also support human organ procurement or donation, where they will drive people to the hospital.
The Lions have done a lot of work on the facilities in town as well. They painted Mackin Hall for the Scouts; purchased two different zambonis over the years for the arena; and put in a floor in the curling club for ice.
They put kitchens in the curling club; golf club; Agriplex; and more than one in the community centre.
The Lions built a helicopter landing pad northwest of the hospital in 1989. When that had to be changed, they built a second one on the west side of the hospital. It is the one that is there today.
Pedersen was also the building coordinator when the community centre was built, becoming a driving force behind its construction.
There is also fun to be had in the Lions, whether through service auctions, which also served as a fundraiser, or Gong Shows, which were talent shows among different Lions clubs.
The Lions tried to expand the cause of Lionism as well, sponsoring the Granum Lions Club in 1983. That club has since become inactive.
Pedersen was named Lion of the Year in 1974 and Claresholm Citizen of the Year in 1981.
“It’s been a lot of good times,” Pedersen said, adding he plans to keep on with the Lions.
“As long as I can,” he said.