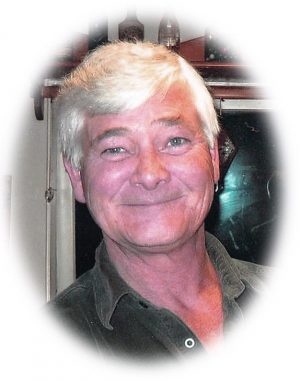 April 14, 1956 – Feb. 8, 2022
Warren Green of Claresholm, Alberta passed away at the South Campus Hospital in Calgary surrounded by family on Tuesday, February 8, 2022, due to complications from pancreatitis. Warren was born in Lethbridge, Alberta with the family moving to Vancouver shortly thereafter.
The Greens moved to Claresholm in 1961 where Warren began a very enjoyable time of his life; spending much of his time finding adventure, and perhaps just a little bit of trouble, alongside numerous sidekicks. These included: Pat the golden lab, Billy the horse and a multitude of two footed friends. Warren’s childhood fostered a great love and appreciation for the outdoors and his community.
Warren joined his father and brother at their Massey Ferguson Farm equipment dealership, TnT Equipment as a parts man and later enjoyed farming with his brother. In 1985 Warren and Penny were married. In 1987 Warren welcomed his first son Jesse and also began his studies in management at the University of Lethbridge, which he graduated from with distinction. In 1989 they welcomed their second son Carson.
Warren and Penny returned to Claresholm in 1991 with their family and Warren started his financial planning business with London Life Insurance. Throughout the years, Warren was very active with the Kinsman, and later donated many evenings and weekends to the fledgling Claresholm Bantam Football team.
After a bout with cancer in 2001, Warren sold his business and made a return to his roots; hitting the open road as both a short haul and long-haul trucker. He took all opportunities to go camping with his family in the Alberta Foothills, he so loved.
Warren is lovingly remembered by his two sons, Jesse (Kristen) and Carson; their mother, Penny; sister-in-law, Sheryl; his sister, Joanne Yardley (Quintin); as well as many nieces, nephews and close friends. Warren is predeceased by his father, Don; mother, Shirley; brother, Brian; and sister, Lorrine.
Due to the current restrictions in place, a Celebration of Warren’s Life will be held later when suitable. In lieu of flowers, we ask that you make a donation to the Alberta Health Foundation or Claresholm Animal Rescue Society, 4110 3rd Street East, PO Box 2579, Claresholm, AB, T0L 0T0. Messages of condolence may be left for the family at www.myalternatives.ca.