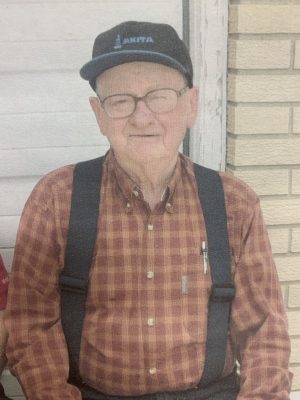 August 27, 1934 – March 24, 2022
Gordon was born on August 27, 1934 in Medicine Hat, Alberta and passed on March 24, 2022, in Claresholm, Alberta.
Gordon is lovingly remembered by his wife Joan Driscoll to whom he was married on May 25, 1968. He was employed by Dominion Glass Co. in Redcliff and Burnaby for nearly 20 years. Later, he owned and operated hardware stores in Lethbridge and Strathmore. In his final years, he worked at the Lander Treatment Centre until 1998 when he retired.
Besides Joan, Gordon is survived by in-laws Jim and Lorraine Dibben of Vermilion, Alberta; Mavis and Sheldon Lovell of Ardrossan, Alberta and their families; his nieces, Dianne Percival, Darla Quayle, Lorna Cornies Watson, Cindy Hogg and Kerry Montgomery; nephews, Dudley Driscoll and Richard Driscoll and families; plus many great nieces and nephews and longtime friends.
He was predeceased by his parents Dudley and Rosie Driscoll; brothers, Robert, Richard, Jim and Bill; sister, Marion Cornies; brother-in-law John; and 2 infant siblings, Riley and Marjorie.
A Celebration of Life was held at ZENTNER FUNERAL HOMES – 4079 1 Street West, Claresholm, Alberta on March 29, 2022.
In lieu of flowers donations may be made in Gordon’s name to the Claresholm and District Health Foundation, Claresholm Animal Shelter (CAReS) or the charity of your choice.