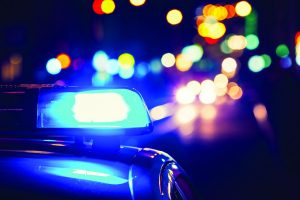 The Claresholm RCMP have laid several charges against a Claresholm man in connection with a breach of conditions.
The RCMP stated that in the early morning hours of Sept. 12, police received a report of a
suspicious person and
vehicle.
Claresholm RCMP
located the vehicle and it’s occupant. The driver of the motor vehicle, Clayton Roger Doyle of Claresholm, was found in breach of previous court-ordered release conditions to not be in possession of any weapons or non-prescribed drugs.
Doyle was charged with three counts of failing to comply with a release
order under the Criminal Code (two for weapons possession and a third for possession of a drug) and possession of a drug contrary to the Controlled Drugs and Substances Act.
A judicial interim
release hearing was held and he was remanded
into custody.
He is scheduled to
appear in Fort Macleod Provincial Court on
Sept. 14, at 10 a.m.
Claresholm RCMP wish to encourage everyone to continue reporting suspicious activities, as community involvement in fighting crime is a major help in keeping the community and residents safe.