The Municipal District of Willow Creek will contribute close to $2,000 to the cost of a new electronic LED sign in Stavely.
At its June 24 meeting, the M.D. council reviewed a letter from the Stavely Oddfellows who are raising money for the project.
It will be a four-feet by eight-feet electronic LED sign to post upcoming events for the Stavely community.
This would replace the existing sign at the southwest corner of the arena parking lot.
The letter stated this sign has served the community well but is not utilized as efficiently as they anticipate the new one will. It is also difficult to change the lettering.
The new sign will be similar to a large outdoor big screen TV that grabs your attention. It will be remotely accessed via the Internet and the message can be designed and changed in a few minutes from the town office or anywhere in the world if need be.
The idea is for the Stavely Oddfellows to purchase and install the sign then turn the ownership, maintenance and operation over to the Town of Stavely.
Town council is supportive and town administration confirmed they will take care of the electrical bill, maintenance of the sign, and changing the message daily or as required.
The cost of the sign is about $21,000 with an additional preliminary estimate of $2,000 to install power to the site. That amount is still being determined by the power company.
The Stavely Oddfellows have applied for and received an Alberta Community Initiatives Program grant of $11,385 which is about half the total cost.
The letter said the lodge fully intends to contribute more funding and allow other Stavely community groups to donate as well.
There will be a work bee to install the sign so there will be no cost associated with installation.
The proposed location is directly west across the street from the Stavely town office in front of Husted’s grain elevator.
It would be positioned on an angle to be easily visible when driving west down main street and while driving south down 52nd Street.
An alternate location is the current site in the southwest corner of the arena parking lot. The advantage of this site is power is already there, but the disadvantages are that it is difficult to read while driving, and it would shine into the windows of the residents across the street from the sign during the night.
The Oddfellows are welcoming input on the location.
Council then agreed to support the project with a contribution of $1,911.21 to come from the discretionary funds of council.
The contributions were $1,000 from Coun. Ian Sundquist; $211.21 from Coun. Glen Alm, to make his remaining balance a round number; $200 each from Couns. Evan Berger and John Kroetsch; and $100 each from Reeve Maryanne Sandberg and Couns. Darry Markle and John Van Driesten. 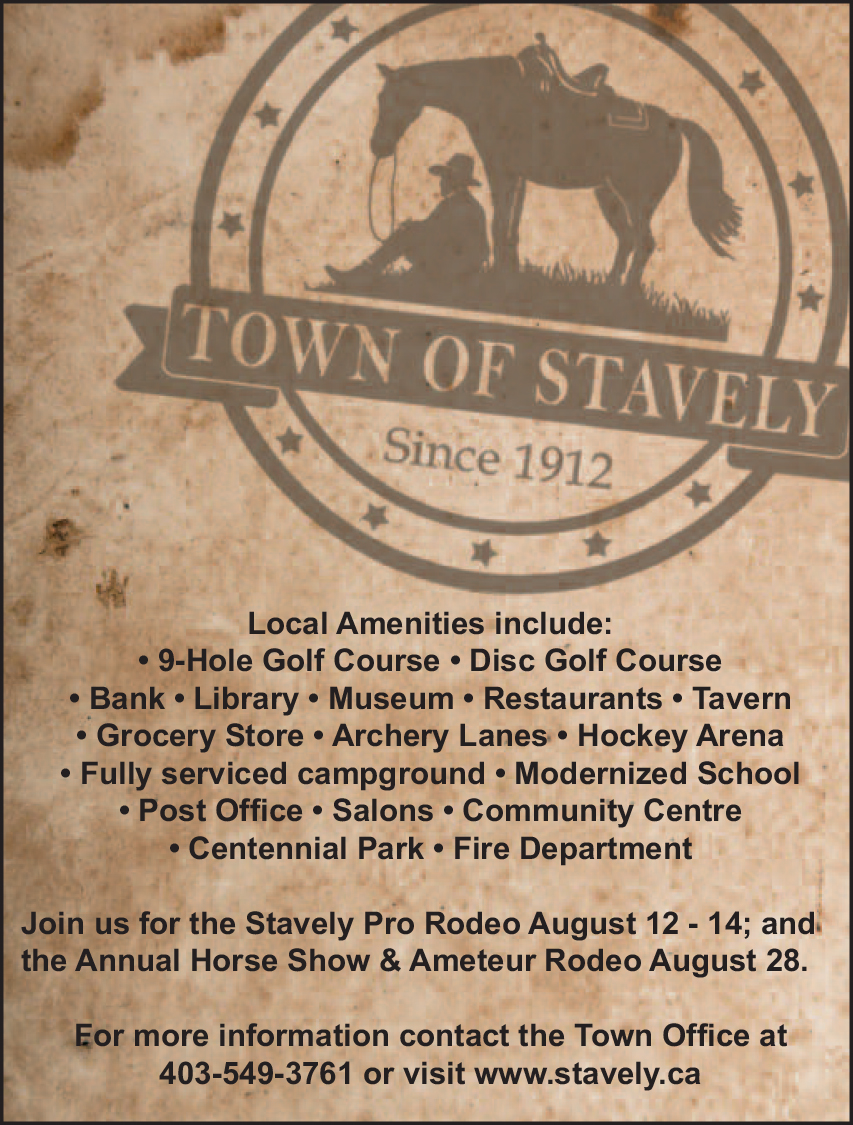