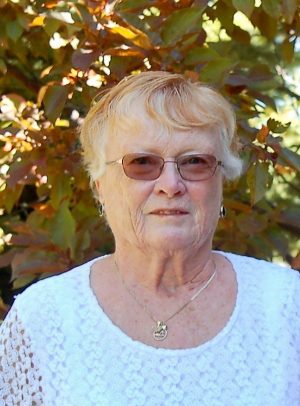 Anne Carol Bonetti
September 28, 1939 – August 11, 2020
It is with heavy hearts and great sorrows the family of Carol Bonetti announce her peaceful passing on August 11, 2020 at the Claresholm General Hospital at the age of 80.
Carol was born in Fort Macleod, Alberta the youngest child of Andrew and Minnie Alsgard. She spent her early years on a farm east of Granum until moving to the Stavely area in 1945. In 1957 her life changed again when she married Frank Bonetti. Carol and Frank lived in numerous locations throughout Alberta and British Columbia before settling in Chetwynd B.C. in 1963. It was in Chetwynd that Carol and Frank established their business Frankies Construction. In 1976 they sold their business and she returned to her roots when the family moved to Stavely, Alberta and they established a concrete business, Frank Bonetti Construction. Carol has resided in Stavely, Alberta ever since, except for the winters where she spent her time in Yuma, Arizona.
Carol is survived by her children Tony, Connie, and Brenda (Dean) England and her two precious granddaughters Kristina Johnson and Emma England, her brother Alan (Lois) Alsgard, sister in law Irene (Tony) Baker and numerous nieces and nephews. She was predeceased by her husband Frank Bonetti, her parents Andrew and Minnie Alsgard, son in law Barry Johnson, sister and brother in law Lorraine and David Dawson.
In lieu of flowers donations may be made to the Claresholm and District Health Foundation, Box 2638, Claresholm, Alberta, T0L 0T0, or the Museum Society of Stavely – Chapel Fund, Box 398, Stavely, Alberta, T0L 1Z0.
There will be no funeral service at this time, but a private family celebration will take place at a later date.