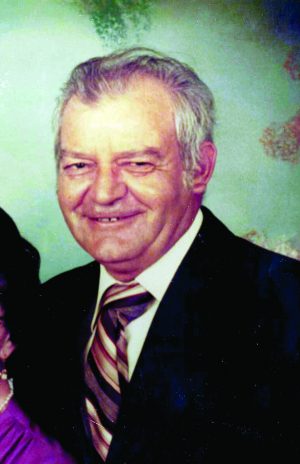 Mike, loving husband, father and son, passed away Friday, October 11, 2019. He will be lovingly missed by his oldest daughter Rosemarie (Bryan) Taitinger; their children Barry (Christine) Taitinger, and Denise (John) Rummo. Daugter Marianne Williams (Joseph McGill); her children Michael (Tanis) Williams, April (Collin) Kilford and Stacey Williams (Sunny Cheung). Great-grandchildren Joshus, Jenna, Ava, Aubrey, Macey Taitinger; Jason Rummo; Dustin, Ashton and Brady Williams; and Kaleb Kilford. Mike, and his late wife Marie, moved to Claresholm in 1959 and a few years later started his own business Mike’s Blacksmith and Welding Shop and then later, The Claresholm Car Wash. Mike ended his career by working at Heritage Park in Calgary at the Blacksmith Shop which he enjoyed talking, showing and sharing his trade with all whom came by. Mike and Marie were both very active in the Catholic Church and helped in building the current church as well. Mike was on Town Council and contributed to several community activities and special events. He enjoyed golfing, gardening, being outdoors and being with his friends and family.

Funeral Mass at Christ of the King Catholic Church, 344 50 Ave W, Claresholm, AB on Saturday, October 19 at 11:00 a.m. In lieu of flowers, donations can be made in his name to the Claresholm General Hospital.