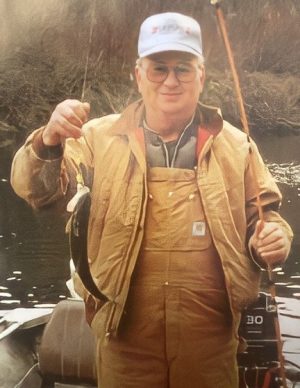 September 1st, 1938 – April 23rd, 2022
It is with great sadness that the family of Victor Boyko announce his passing on April 23, 2022.
Vic was born in Swan River, Manitoba, and left school to help work on the family farm. Dad then left the prairies and moved to Vancouver, BC, where he met his wife, Nellie.
Vic and his family lived and worked throughout Canada and the USA. Dad eventually settled in Claresholm in 2010, after the passing of his beloved wife, Nellie.
Vic is survived by his daughter Gina (Hermann) Ens, his son Mike (Suzy) Boyko, and his grandchildren, Brett (Emma) Boyko, Madison (Dillon) Boyko, Steven Ens and Sarah Ens.
A celebration of Vic’s life will be held in BC in 2023.