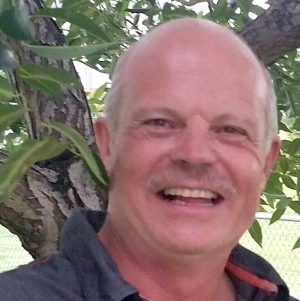 Lyal Norval O’Neill passed away peacefully at the Claresholm General Hospital on Monday, December 21, 2020, at the age of 66 years after a long, determined battle with cancer.
Lyal was born in Lafleche, Saskatchewan, the sixth of nine children to Oswald and Lilianne (née Croisetiere) O’Neill. Lyal grew up on the family farm near Lafleche; after graduating, he went on to attend the University of Saskatchewan in Saskatoon, SK. He began his career in finance, working for the Credit Union for many years. Later, he established a Water Delivery Business in Claresholm, and his final career was working in Administration with the Claresholm & District Transportation Society.
Lyal was very involved in the communities in which he lived. Many years of his life were in the Saskatchewan prairies, and almost as many spent in the foothills of Alberta. He was a volunteer Kinsmen member and a dedicated Lion member for 36 years, as well he was actively involved in golf clubs, coaching minor hockey and minor baseball. Over the years he was a spectator of dance and figure skating, actively involved in the church and held a seat as a councillor for the Town of Claresholm. While living in the foothills, he enjoyed a little hiking, some camping, ballroom dancing, gardening and small woodworking.
Lyal loved his partner, children and grandchildren. He may rest peacefully knowing he has instilled family values in us which will live on; we will keep all memories close. He will always be with us in our hearts and in spirit. Lyal will be dearly missed and always remembered for his sense of humour, accepting friendly nature, his contagious laugh and his love for friends and family.
Lyal is survived by his partner Sylvie Dutrisac; his children Brian (Corinne) O’Neill of Sherwood Park, AB; Lana (Brent) Watts of Leader, SK; Chelsea O’Neill of Lethbridge, AB; Colin O’Neill of Lethbridge, AB; and Sebastien (Keely) Dutrisac of Cochrane, AB; grandchildren Maeryn, Brody and Tegan O’Neill, Haylie and Brynn Watts and Liam Dutrisac; siblings Gerald (Sandra) O’Neill of Fern Bay, Australia; Ronald (Dale) O’Neill of Moose Jaw, SK; Donald (Karen Smith) O’Neill of Red Deer, AB; Pearl Ronning of Shaunavon, SK; Sherryl (Keith) Lariviere of Assiniboia, SK; Laurel (Larry) Arvay of Olds, AB; and Randal (Janine) O’Neill of Medicine Hat, AB; and numerous nieces and nephews, friends and extended family. He was predeceased by his father Oswald O’Neill (1997), mother Lilianne O’Neill (2011), brother Reginald O’Neill (2018) and brother-in-law Terry Ronning (2020).
If friends so desire, memorial donations in Lyal’s name may be made directly to Canadian National Institute for the Blind, 10 11A Street NE, Calgary, AB, T2E 4Z3 or the
Claresholm Lions Club, Box 222, Claresholm, AB, T0L 0T0.