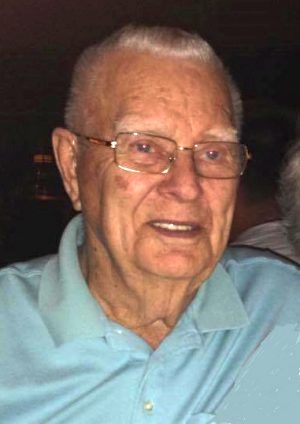 1929-2020
Roy Elwood Nelson passed away at his part-time home in Las Vegas, NV on December 08, 2020, two months short of his 92nd birthday.
He was predeceased by his first wife, Shirley (nee Dais) in April 1993. Roy was also predeceased by all of his siblings and their spouses: Marion (Ray) Peters, Arthur (Nora) (Gladys), Edwin (Ottalie), and Astrid Lamotte.
Roy was born on the family farm, northeast of Stavely, on February 03, 1929, to Carl and Inga Nelson. Both Carl and Inga, being born in Sweden, and relatively new to the country, were unable to converse much in English. As Roy was the youngest of the siblings, he was actually able to speak a bit of English by the time he started school in Stavely.
After school, Roy met and married Shirley Dais from Nanton and they farmed with Shirley’s Dad, Emil Dais. Roy and Shirley did not have any children of their own, but Roy had enough nieces and nephews close by to accommodate his love of heckling kids. Even the parents would have to ask him to stop teasing after a while!
Roy loved guns and target shooting! He was a long-time member of the Nanton Rifle & Revolver Club and was always willing to help novice shooters hit the target. He was very proud of his collection of guns and bullets and enjoyed showing them to anyone who might be interested.
Roy joined Beaver Lodge #27, Independent Order of Odd Fellows in April, 1948 at Stavely and was an active member for 72 years.
Roy also enjoyed curling, wood-working and travelling.
It was on one of his trips that he met Josephine Penning in Las Vegas, NV.
They were married in Nanton on July 16, 1998 and made their home in both Las Vegas and Nanton, spending summers at Nanton and winters in the warmer climate of Las Vegas.
With this marriage, Roy gained two children, Tami Penning, Todd (Sandy) Penning and two grandsons, Tyler and Austin Penning.
Roy was not a big gambler but did enjoy playing the slots once in a while. He also enjoyed touring friends and family around the Las Vegas area to see the sights and sample the buffets!
Roy was also predeceased by his sister-in-law Betty Hembolt.
He is survived by his wife Josephine, step-daughter Tami, stepson Todd (Sandy) step-grandsons Tyler and Austin, two brothers-in-law, Dwane Horton (Judy), Don Horton (Sandy) and sister-in-law, Toby Peterson. He is also survived by many nieces and nephews and more distant relatives across Canada, Sweden and the USA.
Roy was cremated in Las Vegas and it is intended to have a private family service later in the summer or whenever people may freely cross the border again.