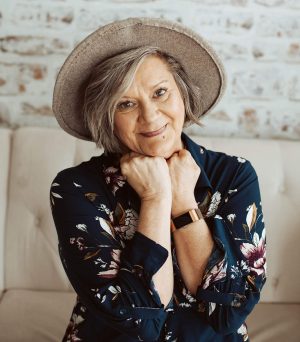 July 12, 1962 – May 13, 2021
Jude Van Amerongen passed away just two months shy of her 59th birthday, after a courageous battle with cancer.
Described by many as feisty, she will be remembered for her candour and for facing challenges head-on with passion and perseverance. Those closest to her will miss her heart-on-her-sleeve compassion and witty sense of humour.
Jude will be deeply missed by her devoted family: husband Frank and children Austin and Selena. Jude is survived by her mother, Diane Schuiling and three younger “Seestors”, Lori Schuiling, Tammy Schuiling and Tanya (Mike) Cutler, as well as numerous nieces, nephews, aunts, uncles and cousins. She was predeceased by her father, Hank Schuiling in 2014.
Jude spent most of her life in Claresholm and had fond memories of working at the Local Press, Bank of Montreal and most recently at Range Bud Supply, to name a few. Her desire to serve her community saw her take on the roles of Town Councillor, committee advisor for the Porcupine Hills Lodge and volunteer for the Claresholm Animal Rescue Society.
Her early stint at the world-famous Flying N restaurant under renowned chef and restaurateur, Jean Hoare, would influence her love of food for years to come – so much so, that Jude eventually opened her own business as a personal chef.
Although she held numerous jobs in town, Jude’s devotion to her family meant that she was a mother first. Her passion for “real” food meant that family meals were expertly prepared from scratch – with the same quality as a Master Chef competitor. She found comfort in preparing her family’s favourite foods like chicken soup (with homemade noodles), minestrone, chicken and dumplings, her famous brined and spatchcocked holiday turkey and Black Forest cake. Jude’s Facebook gallery of foodie pics would be envied by almost any social media influencer. It is through her food that she instilled in her children an insatiable curiosity for international cuisine, culture and travel.
Jude approached parenting with humour and creativity – ensuring she nurtured the individuality of both of her children. She cherished special moments like hiking or discovering a new restaurant while on dinner dates with her “Boy”, Austin. She had the best travel companion and concert buddy in Selena, her “Mini-Me”, with whom she spent countless hours talking over a good pot of tea. Jude knew that education didn’t always involve sitting in a classroom, so every once in a while, she gave the kids a “mental health day” where they would slip away to explore nature and talk about the world around them. Her advice to them was to forge their own path and to always do what makes them happy. She couldn’t be more proud of the smart, kind and thoughtful adults they have become.
None of this would have been possible without Frank, her partner of 35 years. After spotting Jude in a car doing “mainies”, Frank jokingly gestured to hitchhike. Never one to turn down an adventure, she took a chance to meet this stranger and they’ve been on life’s ride together ever since. Frank immediately appreciated her humour and honesty, and it wasn’t long before he knew that she was the love of his life. After seven years, she became his wife, followed by her proudest role as mother and the rock of their close-knit family. He was by her side every step of the way, holding her hand until the end.
Respecting Jude’s wishes, there will be no funeral service held. Kindly consider a donation to the Claresholm Animal Rescue Society or the Stavely Elks Parks, who are now stewards of Willow Creek Park, one of Jude’s favourite places to reconnect with nature.