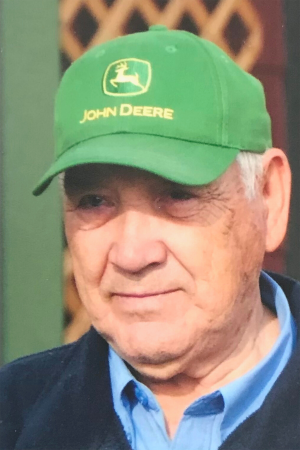 April 8, 1929 – January 24, 2021
Robert Coombs passed away on Sunday, January 24, 2021 in Claresholm, Alberta at the age of 91. “Bob” was the beloved husband of Marjorie (deceased), father to Jane (Tim), Greg (Michelle) and Carolyn (Paul), grandfather to Christina, Curtis and Kayley, and brother to remaining sister, Bertha Chaulk. Bob was predeceased by parents Thomas George and Ella Blanche Coombs, brother George and sisters Ivy (nee Rogers) and Stella (nee Cooke).
Bob was born in Longstretch, Labrador, a coastal community where hunting, fishing, and trapping was a way of life. As a young man, Bob was trained and worked in heavy equipment operation and mechanics, but in 1949 when Newfoundland joined into confederation, Bob was eager to sign up with the Royal Canadian Mounted Police and did so in 1956. As an officer, he worked in eastern Canada before being posted to Ellesmere Island in the High Arctic. After closing the RCMP’s most northerly post in Alexandra Fiord, he was transferred to Whitehorse, Yukon, where he met and married Marjorie Jean Brent in 1964. His wife and young family lived in a variety of communities as per life in the Force, until his retirement in 1979. Folks in Whitehorse may remember Bob as a bus driver for Whitehorse Transit during the 1980s and early 90s. He was experienced and capable behind the wheel of any vehicle, loved to drive, and cherished his time working with the Transit staff. Bob was always keen to take on new challenges, explore new places, and learn new skills.
He was proud of being a Mountie and often reflected upon his survival experiences in the North, where he worked with lifelong friend, Tom Smith, who wrote, “Bob and the Inuit were wonderful mentors. I often silently thank them for those special times and for the special skills they taught me”. Beyond his career in policing, he and his wife owned and operated an Esso station at Contact Creek, YT, a children’s clothing store in Parksville, BC, Whitehorse Appliance Repair and a dog grooming business in Brooks, AB. After his wife’s passing, he started his own sharpening service in Claresholm. Having learned from his father, he was also adept at carpentry and built several houses in his lifetime, including a beautiful A-frame house and shop in the foothills west of Claresholm.
Bob enjoyed various hobbies throughout his life. Perhaps from his days of living in the Arctic and depending on his dog team for survival, Bob loved his dogs. While there are too many to list here, he had many dogs and went to great lengths to ensure their health and comfort, a trait that has been passed down to his children. Other things that Bob may be remembered for include square-dancing with his wife in the 1970s, attending church and making time for prayer, his arm-wrestling prowess, and telling a good story with lots of laughter.
One word to sum up R. M. Coombs would be ‘gumption’. Defined as initiative, resourcefulness, courage and common sense, he was all of these. Owing mostly to his Labrador roots, he personified this by his willingness to forge ahead, to live within his means, and to work hard for his family. He was always there to support his children and grandchildren. That said, he also taught them that it was important to laugh at the silly, everyday things in life and not take it all too seriously. In his later years, Bob had few close friends but always said that he liked the many ‘good’ people he came to know in Claresholm. He will be fondly remembered by his children, grandchildren, sister and extended family and friends.
Much appreciation to the staff at Cottonwood Village and Willow Creek Continuing Care who respected him and his lifelong journey and gave him excellent care. No funeral service will be held this year due to Covid-19. Bob’s ashes will join his wife’s and be laid to rest at the RCMP Depot Cemetery in Regina.