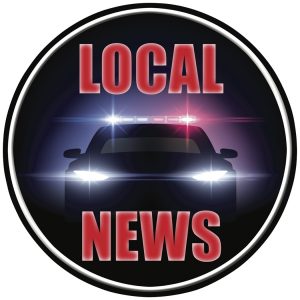 By Rob Vogt, Local Press Writer
Charges have been laid against a Calgary man in connection with a series of break, enter and thefts in rural locations including Claresholm.
The RCMP issued a release on May 5 stating that in mid April, the Lethbridge Police Service Priority Crimes Unit and the RCMP Southern Alberta Crime Reduction Unit entered into a joint investigation after numerous break and enters and thefts were reported in Rural Southern Alberta.
On April 23, 2021, the Southern Alberta Crime Reduction Unit and the Lethbridge Police Service Priority Crimes Unit arrested a male for break and enter and theft at multiple oil lease sites in Southern Alberta.
The thefts occurred in Claresholm, Vulcan, Diamond City and Welling, Alta. More than $85,000 worth of stolen property and damages were incurred at these sites. Copper wire, metal signs and break-in tools were recovered from the male’s vehicle.
Brian Edward Tanner, 44, of Calgary
has been charged with:
• Break and enter, five counts;
• Possession of stolen property over $5,000;
• Possession of break-in instruments;
• Failure to comply.
Tanner was remanded into custody following a judicial interim hearing and is scheduled to appear in Lethbridge Provincial Court on May 5, 2021 and Calgary Provincial Court on May 6, 2021.
The RCMP Southern Alberta Crime Reduction Unit would like to commend local land owners for use of their property during the investigation.
Copper wire theft has been an on-again, off-again trend and is currently on the rise in rural commercial sites. Depending on what the market is for copper determines on how much it is worth. People who are involved in copper theft are generally involved in other crimes.