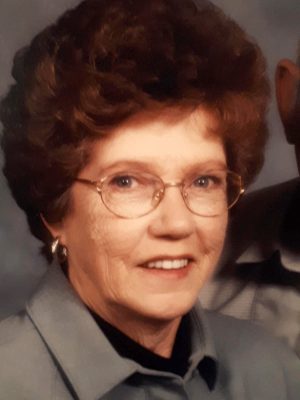 June 19, 1938 ~ March 29, 2021 (age 82)
It is with sadness we announce the passing of our mother, Emma Gayle Best (nee Culver), age 82, on March 29th, 2021.
Mom passed away peacefully surrounded by family at the Golden Hospital after a long battle with Emphysema.
Gayle was born June 19, 1938 at the University Hospital in Edmonton, to Ed and Gladys Culver of Fort Assiniboine, Alberta. Gayle was the 9th of 10 children, a twin to Gary. Gayle lived with her family at the Fort until she met her first husband, Rudolph Anderson and while helping him to raise his 3 daughters, they had 5 more children together. Mom and Dad lived in the Fort area until 1966 when they moved to Golden where there was plenty of work. Once the kids were in school, Mom enjoyed working at the Golden Bakery.
In 1974, Mom moved to Claresholm, Alberta, where she returned to school and studied to be a hairdresser. She was also an active member of the Legion, where she was on the board. She enjoyed social events and loved to play darts. Having a competitive nature, she won several medals and the competitions took her to the senior provincials. Mom also loved dancing, sewing, golfing, camping, fishing, bingo, and trips to the casino. Mom met and married the love of her life, Ray Best and together they moved back to Fort Assiniboine. Sadly, after losing Ray to cancer, Mom decided to move back to Golden to be closer to some of her family.
Gayle is survived by her first husband’s children, Lorraine (Dave), Lea (Ron), Ellie and families. Also, her and Rudolph’s children, Karen (Keith), Charlene (Deverne), Edana (Dan), Darryle and families. Grandchildren, great grandchildren and great great grandchildren. Her twin brother Gary and sister Margaret and numerous nieces and nephews.
Gayle was predeceased by her son, Jim Anderson, husband; Ray Best, granddaughter; Meghan, her parents; Gladys and Ed Culver and 7 brothers.
At her request there will be no service and she will be laid to rest in Fort Assiniboine, Alberta.
Provided by Bowers Funeral Service.