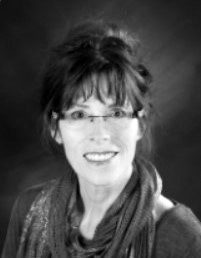 Sharon Comstock passed away peacefully on
May 22, 2020 at Red Deer Hospital. She leaves to mourn her daughter, Ashley Rose Marie, and her grandson, Kellan Ryder. She is also survived by brothers Brian, Sandy, David, and their families.
Born in High River April 19, 1948, Sharon grew up west of Stavely in the foothills and received a BEd and MSc in Educational Psychology from University of Calgary. After finishing her coursework for a PhD from University of Toronto, she answered the magical call for a different kind of learning as she adopted her daughter Ashley. In the fall of 1974, Sharon took a position as a counsellor at Red Deer College, intending to stay for two years. Given that she retired thirty-two years later, it’s clear she found the work rewarding! Later, she also opened a part-time counselling practice. Sharon’s retirement from the college was prompted by a profound desire to spend bountiful, quality time with her grandson Kellan. At that time, she also began working full-time in her private practice, a journey that offered great fulfillment right up to March, 2020.
An enthusiastic collector of new experiences, Sharon’s passions were always evolving. Early on, she was involved with 4-H; she loved skiing, mountain climbing, and distance biking. Later, she added dancing and gardening to the mix. Sharon was known to embrace the unexpected and she once embarked on a passionate affair with the colour purple that lasted for almost a decade. Friends, colleagues, and clients would describe her variously as patient, generous, wise, and kind. They would no doubt agree her personality was as unique as her distinctive and delighted laugh.
Sharon believed much of what she learned about how to live came from her relationships with her daughter and grandson. She would like to have explored and completed even more in this lifetime, but near the end, she reported looking forward with excitement to the next stage in her journey.
Sharon and her family would like to thank the extraordinary doctors and nurses at Red Deer Regional Hospital. Many thanks also to Angela Budvarson (Chief of Staff and good friend), brothers Brian and David, and niece Nikki Waltz for assistance, support, and commitment. Because of restrictions during the pandemic, a celebration of Sharon’s life will take place at a later date. Meanwhile, in lieu of flowers, please consider being especially kind to others this week. If you wish, donations may be made to Red Deer Regional Hospital’s Hemodialysis Clinic.