By Rob Vogt, Local Press Writer
An application for a 4,500-head beef confined feeding operation about 7.5 kilometres southwest of Claresholm has been denied by the Natural Resources Conservation Board.
The decision was made public in a letter to affected parties dated Aug. 24 by Carina Weisbach, approval officer.
The proposed operation involved the construction of 18 pens which were 60.96 metres by 60.96 metres each and three catch basins.
The NRCB received 57 submissions from 90 individuals, with 83 submitting timely responses. Of those, 24 were presumed to be directly affected by the application.
Their concerns included surface water and groundwater contamination, water quantity, suitability of the liner, location in a floodplain, impact of traffic on municipal district roads and bridges, nuisance impacts, and property values.
She concluded that all of the confined feeding operation’s proposed facilities posed a low potential risk to both groundwater and surface water. The risk assessment considered the proximity to the adjacent Meadow Creek and the highest flood level suggested in Alberta Environment and Parks’ response to her inquiry of known flood elevations in this area.
In reviewing the application, Weisbach reviewed all applicable Agricultural Operation Practices Act (AOPA) requirements and determined the application:
• Has the ability to meet the required Act’s setbacks from all nearby residences (the Act’s setbacks are known as the “minimum distance separation” requirements, or MDS) with a survey;
• Meets the required AOPA setbacks from water wells, springs and common bodies of water;
• Has sufficient means to control surface runoff of manure;
• Meets AOPA’s nutrient management requirements regarding the land application of manure;
• Meets AOPA groundwater protection requirements for the design of floors and liners of manure storage facilities with conditions;
• Is consistent with the land use provisions of the M.D. of Willow Creek’s municipal development plan.
However, she determined the proposed confined feeding operation is likely to pose materially negative and long-lasting effects on the community that can also include a negative impact on the M.D.’s overall economy. Additionally, because the existing transportation infrastructure is inadequate to support this proposed confined feeding operation, it is also not an appropriate use of the land.
“For the reasons provided above, in the attached appendices and in Technical Document LA20004, Approval LA20004 is denied,” Weisbach concluded. 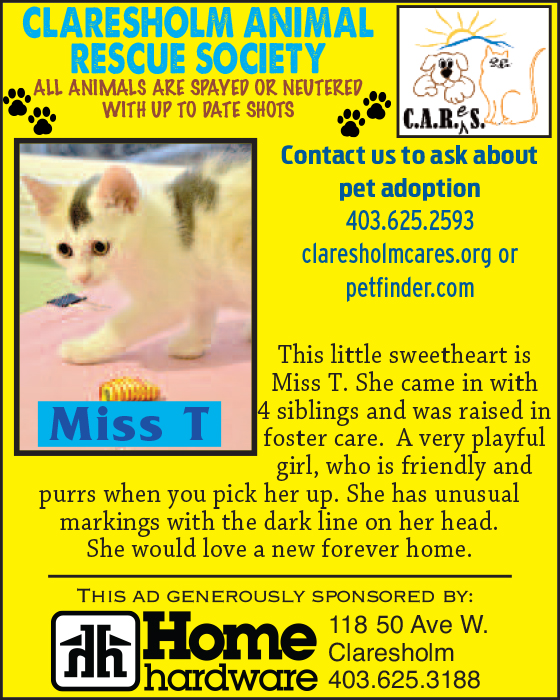