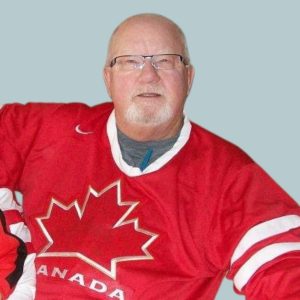 August 4, 1951 – September 21, 2020
On September 21, 2020, Larry Bishop, loving husband and father passed away peacefully at his home in Claresholm at the age of 69.
Larry was born on August 4th, 1951 in Calgary, AB to Dorothy (Gay) and Harold Bishop. He grew up in Calgary and graduated from Queen Elizabeth HS in 1970. He attended N.A.I.T. where he received his Journeyman Certificate as a Communications Electrician. On June 9th, 1973, he married the love of his life, Lois Adams. They raised two wonderful children, Lorrett and David. Larry began his career at A.G.T. / Telus which spanned three decades. He was happily retired in 2002. He later enjoyed his retirement by driving the school bus for First Student in Calgary, Comox and Claresholm.
Larry was an avid sports fan and enjoyed spending time with his family cheering on his favourite sports teams. His most preferred time of the year was watching the World Junior Championships in December. In his younger years, Larry was an active member of his community, playing and coaching both his children in numerous sports including hockey and baseball. He also had a love of music and you could always catch him whistling a tune or doing his best Elvis impersonation. He and Lois spent their retirement years travelling the world by air and sea. Cruising was his most preferred way to adventure.
Larry was predeceased by his father, Harold, and his mother Dorothy. He is survived by his loving wife, Lois, his two children, Lorrett (Patty) and David (Corrin), his much loved grandchildren, Peyton, Maxwell and Kingston, his eldest sister, Carol (Ray), his brother, Randy (Eva), his
twin sister, Lynda (Andy), and many other extended in-law family members.
As per Larry’s wishes, there will not be a memorial service or funeral. The family requests that in lieu of flowers, donations may be made to the Canadian Pulmonary Fibrosis Foundation, 47 Squire Baker’s Lane, Markham, Ontario, L3P 3G8, www.cpff.ca.