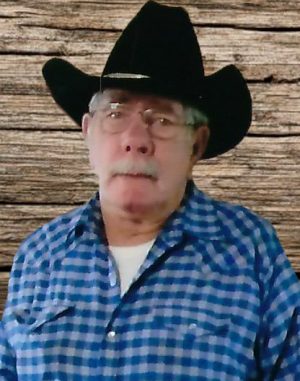 July 19, 1941 – August 23, 2020
It is with heavy hearts and great sadness we announce the passing of a beloved husband, father, grandfather and friend to many.
Jerry was born July 19, 1941. He is survived by his wife Eileen (nee Quick), daughters Denise (Mark) Evans, Denene (Rob) Mitrunen, Sherry (Glen) Trotter, Anita Lounsbury, sister Norma Duske along with Dean Rhodes, who was like a son to Jerry. Jerry also left behind 17 grandchildren and 5 great grandchildren. He was predeceased by his parents Thomas and Evelyn, Blanche and his daughter Bernice Beemsterboer.
Jerry was born and raised in Claresholm and resided here until his passing. He worked for Eddie Burton at Box-X, logging at the sawmill, Safeway Construction trailer factory, welding at MD of Willow Creek and did some trucking until he took over his Mom and Dad’s farm doing custom baling. He retired in 2015.
Jerry was a very hardworking, generous and kindhearted man. He loved and adored his family and friends. The warmth, honesty and love he showed almost everyone was reflected in his sparkly blue eyes and gentle smile. He was the most amazing husband, father and friend.
Jerry had many passions. He loved fishing, trap shooting, his craftsmanship in woodworking and of course his gunmanship and love of horses – an all-round Cowboy.
Many have said to him “Thank you for everything in my life.” He has touched so many people’s hearts during his time here on earth.
Jerry will be truly missed by all.