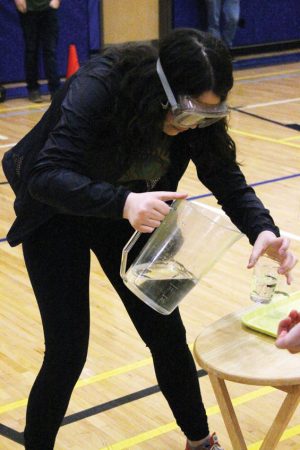 impaired vision - Ally Clay tries to pour water in a glass while wearing goggles that simulate being drunk. It was part of an obstacle course done by students at Willow Creek Composite High School during an assembly on May 17 to encourage students to avoid distracted driving and make good decisions during the May long weekend and beyond. Photo by Rob Vogt

It was the last change before the May long weekend to urge students at Willow Creek Composite High School to make good decisions and avoid distracted driving.

The school held an assembly planned by Grade 12 students on May 17 who took the school’s first risk reduction workshop when they were in Grade 9.

That workshop emphasized the importance of good decisions and warned of the hazards of distracted driving. It is a workshop all Grade 9 students have taken ever since.

The assembly was a follow-up to that, and was led by Jason Hemmaway, the town’s community peace officer; Corporal Dalyn Orsten of the Claresholm RCMP; and Kelly Starling, of Willow Creek Emergency Services.

Hemmaway told students impaired driving is not just being drunk, but being tired, mad at your girlfriend and otherwise distracted from the task at hand.

“Impaired is a wide range of stuff that affects your life,” he said.

Hemmaway then introduced the obstacle course teams of students would race through while wearing goggles to simulate being impaired. It shows how that impairment affects students’ ability to do things.

Students had to do a variety of tasks while being impaired by those goggles, including pouring water into a glass, walking with a tray, walking a straight line, pedalling a scooter, shooting a basketball, and tossing balls into a basket.

Afterwards, students were shown a skit from CBC where police stop two people in a car who are high.

“They do not know what’s going on in the world around them,” Hemmaway said of the two people who are high and were driving. “That’s a scary sight.”

They then concluded the assembly with a simple message.

“We don’t want anything to happen to you guys,” Orsten said. “It’s my job to keep you safe and I take that very seriously.”

Hemmaway said it is not just about being safe, but recognizing those around you who may be impaired.

“Someone who’s impaired should not get behind the wheel,” he said. 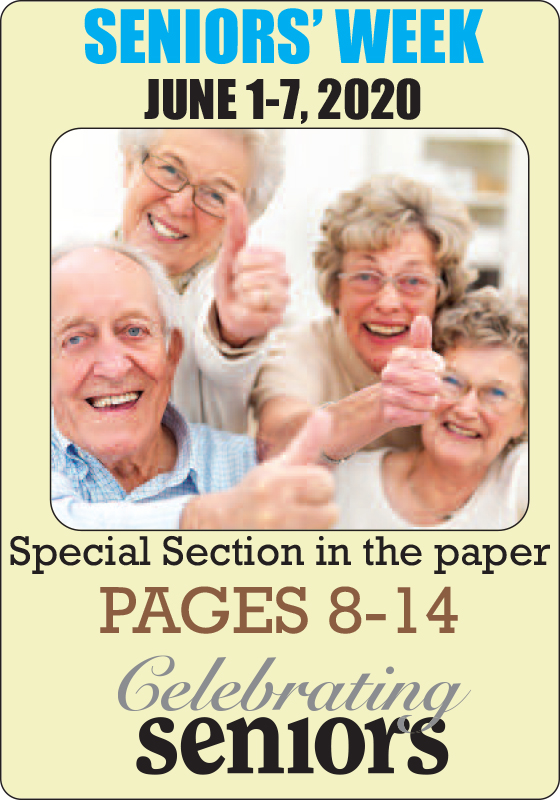