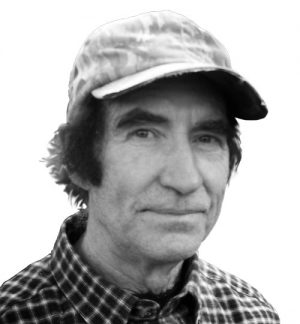 Like his cherished older sister Barbara (with her husband Steve Lilly) before him, He came to Canada in 1967 to Burlington, Ontario. He lived and worked there until 1970, then venturing west to Alberta, settling in Claresholm. Chester, a “Country Boy” at heart, met the “Farm Girl” love of his life, Darlene Fritzler of Vulcan, Alberta, and the two were married in 1978. He worked at Safeway Shelter Systems until 1980, the next year moving on to (what is now known as) Triple M Housing Lethbridge, working there up to Thanksgiving of this year. He was often found working faithfully, cutting countertops on what he called “my saw”. He loved his job as well as the whole crew and office staff, whom he all considered friends, having concern for each one.

Chester became loving father to five children; Dean, Tiffany, Justin, his late son Joshua, as well as a late daughter. He now also leaves behind a beloved son-in-law Emmanuel Mba and three wonderful grandchildren; Abigail, Esther, and David. He deeply cared for and worried about his friends, his brothers-in-law (Kenneth, Norman, and Philip), and each of their wonderful families. Chester will be dearly missed by all that knew him.

He loved life, laugher, and the presence of children. A strong man who loved good, hated evil, and cherished his Lord and Saviour above all, looking forward to one day being reunited with those he loved so much who have gone on before.

A Celebration of Life took place in Calgary, Alberta on Thursday, November 15, 2018. Photos, memories and condolences may be shared with Chester’s family through www.evanjstrong.com.