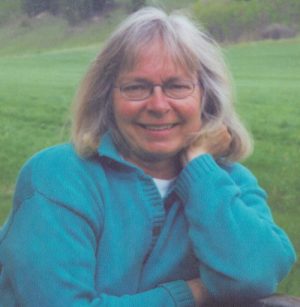 Susan Burton of Claresholm, Alberta passed away at the Claresholm General Hospital in the presence of family on July 23, 2018 after a sudden and brief battle with cancer. She was two weeks short of her 68th birthday.

Susan was born in Calgary, Alberta and then grew up in Swift Current, Saskatchewan, and Lethbridge Alberta and at age 14 settled with her family on a farm east of Claresholm. Two years later, she met the love of her life, Rick.  It was also here where the foundation for so many genuine lifelong friendships was planted. Upon graduating from High School, Susan moved to Calgary to study at Mount Royal College, and following that she began working in administration and banking.

Susan and Rick were married at the Claresholm United Church on August 11, 1973.  To her last days Susan declared her wedding day as the happiest day of her life.  In 1975 Susan and Rick built a home together on the family ranch west of Claresholm.  This is where Susan truly found home.  Beyond family, the hills and all their gifts and glory is what Susan loved most in life.

A more devoted grandmother you would never find.  She was forever thinking of new crafts, projects, gifts, stories and adventures for her 4 grandchildren. In addition, Susan dearly loved the company of her friends, travelling, photography and the arts.

Susan was notably one of the kindest and most thoughtful people one could ever meet on this earth.  Susan never focused on her own wants or needs. Her true happiness was served by helping put a smile on another’s face. She will be so dearly missed in her family and community.

In lieu of flowers, tributes in Susan’s memory can be made to the Claresholm General Hospital Palliative Care, in care of The Claresholm and District Health Foundation. PO Box 2638, Claresholm, Alberta T0L 0T0.

Arrangements entrusted to Willow Creek Funeral Home, Claresholm. Tel: 403-625-3212. Condolences may be forwarded to the family at www.willowcreekfuneralhome.com