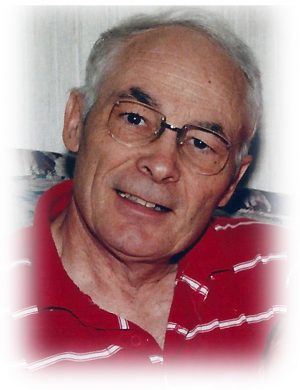 September 2, 1936 – February 15, 2021.
Allen Earl Rice was born September 2, 1936, to Carl and Luella (Oviatt) Rice in Claresholm, Alberta. He was the oldest of six children; three brothers: Gordon (Carol), Neil, Ron (Lois) and two sisters: Gayle and Maureen.
Allen received a grade 11 education formally, but his education continued through life’s experiences. He valued self-reliance. This was evident in how he spent much of his time and energy. Around 1970 Allen built the home that he would raise his family in. In the succeeding years, he added a garage, shed including a root cellar and a greenhouse. He cut and split firewood annually to heat his home, and faithfully grew a big garden every year until 2014 when he had a stroke that paralyzed his left side.
Allen loved sports. He was a pitcher for the fastpitch team in the Claresholm area in his 30s and in the years following spent much of his time watching basketball, baseball, football and hockey on television. He also enjoyed the old west – everything about it. Not only did he enjoy western movies, but he loved to spend time target shooting at the local gun range. His nickname was Alleyoop, and was also known as ‘Outlaw’ at the gun range.
Allen was an active member of the Church of Jesus Christ of Latter-day Saints. Allen was called to the Northern California mission and reported to the mission home August 21, 1957. When he returned two years later he worked at the Claresholm trailer factory out at the airport. While there a coworker invited him to a get-together where he met his bride-to-be, Linda Irene Neitz. They dated for a year and a half and were married on September 12, 1962, in Cardston, Alberta. During their courtship, he changed jobs and worked driving farm trucks and delivering groceries. This did not last, so he took a job doing survey work on a road crew at Steen River in northern Alberta. In 1967 Allen took a job at the Claresholm Care Center where he took on the role of barber and helped with other personal care needs until he retired at the age of 63.
Allen passed away peacefully due to a number of health complications in the Lethbridge Regional Hospital, February 15, 2021, with his wife nearby.
Allen was predeceased by his parents, a brother (Neil in 2015), a granddaughter and a great-granddaughter. Allen leaves behind his wife of 58 years and their six children: Terence (Maggie), Cameron (Tracy), Chad (Susan), Jeff (Serena), Darlene (Paul) Jensen and Becky Whetmore; 23 grandchildren and 8 great-grandchildren.
A Memorial Service will be held at a later date to accommodate the family.
To send a condolence to the family, please visit www.salmonandsons.ca