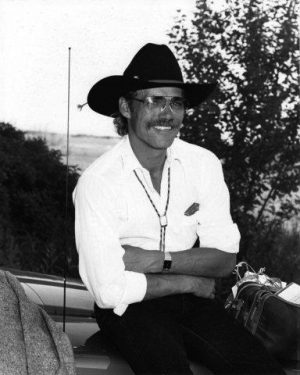 The family of Rob Risbey is sad to announce the sudden passing of their son, brother and father on July 4, 2020.
Robbie was born on June 14, 1965 in Winnipeg, Manitoba, second child to Ken and Jean Risbey. The family moved to Stavely, Alberta when Robbie was 3 years old, as Ken’s work brought him to the area building power lines.
As a child Robbie enjoyed hockey, baseball and fishing. The highlight of summers were the camping trips Jean took with the kids. In his teens he held summer jobs at the Town of Stavely and helped with the fall run at the Auction Market. Rob was educated locally in Stavely and graduated from WCCHS in Claresholm. He then apprenticed to achieve his ticket as a Journeyman Power Electrician, working many years in that field. Ken has many fond memories while he was “working the lines” with both sons, Michael and Robbie. Rob’s proudest moment was the birth of his son Joel in 1993. In recent years Rob was employed with the Bridges of Claresholm Golf Course grounds maintenance crew.
Robbie is survived by his son Joel White of Lethbridge; parents Ken & Jean of Stavely; brother Michael (Karen); nephew Ryan and niece Nicole Risbey of Calgary; and sister Launa (Korrie) Deering of Claresholm.
Robbie was predeceased by his grandparents Ted and Hilda Risbey, and Mac and Mildred Kapchinsky.
A private celebration of Rob’s life will be held by the family.