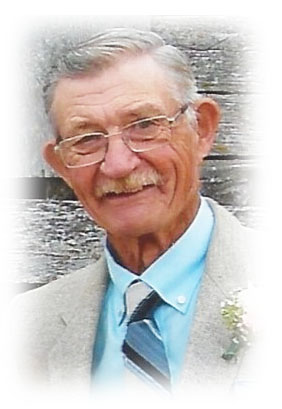 December 8, 1950 – March 19, 2020
It is with profound sadness and much love that we mourn the passing of our beloved father, grandfather, great-grandfather, brother, uncle and friend. On Thursday, March 19, 2020 Bruce Gordon Johnson of Granum, AB lost his valiant fight with cancer at the age of 69 years.
Bruce will be lovingly remembered by his children, Darren (Cheryl) Johnson, & his precious granddaughter, Jesse; Deanne Eng (Richard Wensveen) & family; Vicky (Barin) Beresford & family; Carrie (Harley) Davis & family, and the mother of his children, Cheryl Howell. Also mourning his loss are his brother, Ross (Pat) Johnson & family; and his sister, Judy (Torben) Schmidt & family. Bruce will be dearly missed by his lifetime friend, Wilfrid Flamand; godson, Brandon Flamand; and his beloved dog, Jack, along with several other close friends. Bruce was predeceased by his parents, Gustav & Joyce Johnson. December 8, 1950 Bruce was born in Claresholm, AB. He was raised on the family farm south of Granum. In 1973 he moved into Granum, married Cheryl and lovingly became “the Dad he didn’t have to be” to her three little girls. Their son, Darren, was born in 1976. In the nineties Bruce returned to the farm residence and resided there until his passing.
Bruce was a farmer at heart, an occupation he enjoyed until he retired from it. While helping on the family farm he also worked at Crestbrook Forrest Industries in Fort Macleod for several years. In 1996 he bought the old UFA property in Granum, reclaimed the land and opened his own independent gas station, Johnson’s Petroleum. In 2007 Bruce sold his business to his daughter Vicky (Barin) Beresford. By his own choice, retirement was short lived; he needed to keep busy and soon began working at McNally Construction. Bruce was a part of the McNally family until his illness forced him to give up his job. Bruce loved his community. He was a founding and lifetime member of the Granum Golf and Country Club and he was Granum’s #1 Edmonton Oilers fan. He cherished time spent with his family and friends, be it playing a game of crib, a round of golf, fishing or enjoying a “cold one”.
In lieu of flowers, memorial donations may be made to the Granum Golf & Country Club or a charity of your choice. The family is proud to be placing a memorial bench in Bruce’s name at the Granum Golf and Country Club. Due to the current health emergency we are all experiencing, a Memorial Service will be held at a future date, to be determined. Messages of condolence may be left for the family at www.myalternatives.ca.