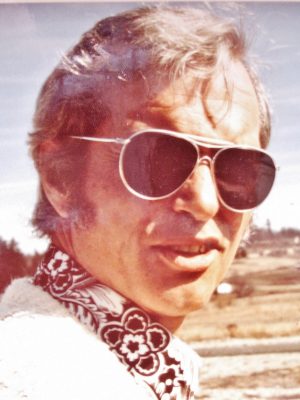 Born May 1, 1927 – Died March 25, 2020
The family and friends of Jim Kjarsgaard, with heavy hearts and great sadness, announce the sudden passing of our beloved husband, father, grandfather, uncle, and friend in his 92nd year in Calgary hospital on March 25, 2020, due to complications after a bad fall in Claresholm the previous day.
Jim was born in Moose Jaw to an important family in that community, of builders and merchants of the four Kjarsgaard brothers, who emigrated from Denmark in the early 1900’s. Jim’s father Robertus had a cement company in WW2 and helped build the RCAF Moose Jaw air base in 1940.
Jim was raised to be a self-sufficient and independent person and thinker. Getting his start in driving trucks in his teens, he expanded his efforts into starting his own trucking company in 1955, moving up to managing one of the largest trucking companies in Saskatchewan.
Jim and his family moved to White Rock, B.C. in 1967, then he continued trucking and as a merchant for the next 20 plus years, all over BC. Finally moving to Claresholm with wife Valerie, they have enjoyed their golden years here.
Typical of our favourite person, Jim always wanted to improve and better himself and so in the late 1960’s when he was late 40’s he worked and studied simultaneously to put himself through university, graduating with a Bachelor of Arts degree!
Later, in 1974 when his son Karl became an airline pilot, he felt he just had to become a pilot also, and received his private pilot’s license, so he could tell his son the correct way to fly jets.
A constant “horse trader” of vintage cars, trucks, boats, and aircraft Jim pursued this passion for many years with a constant string of vehicles and artifacts in his life and backyard.
Jim was a caring man with all his family and friends, carefully disguising this quality with the tough-gruff truck driver exterior that he promoted for many years, un-successfully, with his family, but with great effect on those people who had done him or his family wrong.
He was a very colourful character and personality the like of which made him unique in our family circle and truly one of a kind! We will miss him terribly, but with great love and fond lasting memories.
Jim is survived by his wife Valerie, three children Crystal (Hugh Keefe), Karen (Ted Clarke), and Karl (Marylou Slumskie), stepson Mike Ferguson (Marg Stewart), as well as seven grandchildren in his extended family.