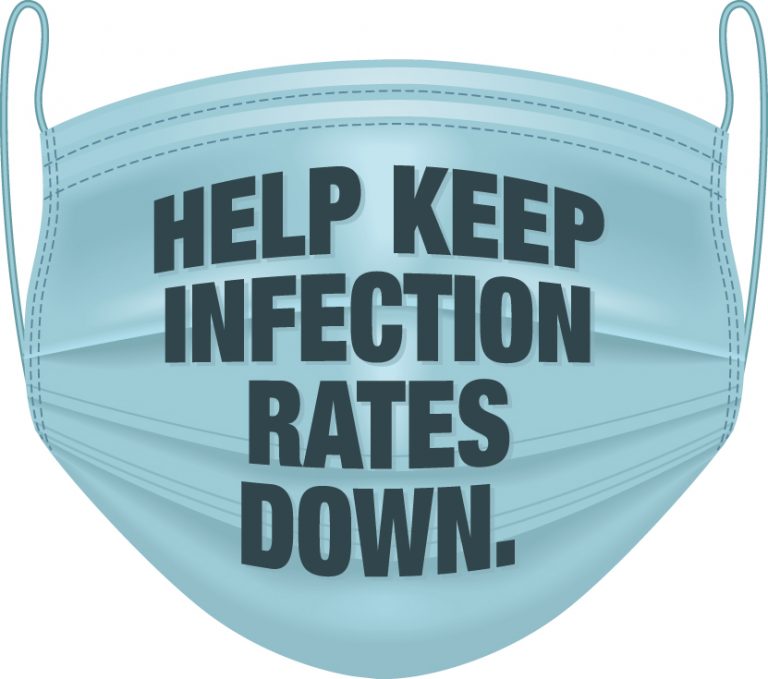 By Rob Vogt, Local Press Writer
Claresholm town council has defeated a motion that would have seen face coverings become mandatory in Claresholm.
Council convened a special meeting Monday night, Nov. 2, to consider making face coverings mandatory to help prevent the spread of the COVID-19 virus.
Dr. Jeff Jones joined the meeting via video conference to provide some health information. He said that Claresholm is seeing an increased number of cases as have many places.
Dr. Jones noted that currently communities with mandatory masks have a much slower growth in infection rates.
The same holds true for death rates.
“The death rates are considerably lower,” Dr. Jones said. He explained the virus is transmitted by droplets expelled from the mouth of someone infected, and the viral load the days prior to showing symptoms of the COVID-19 virus is much higher.
Wearing a mask helps prevent the spread of that virus.
Dr. Jones also explained that a person who is generally speaking can expel droplets. “Even a short phrase can expel hundreds of droplets,” he said, adding masks can stop virtually all of this. The biggest purpose of masks, Dr. Jones continued, is they prevent you from giving the virus to other people. He then pointed to the three Ws of prevention – Wear a mask; Wash your hands; and Watch your distance.
“Wearing a mask is the most important,” Dr. Jones said.
He then turned his attention to the current cases. At the time of the meeting, Alberta Health was reporting 21 active cases of the COVID-19 in the Claresholm geospatial area.
“We’re not even sure where they started,” Dr. Jones said. He added they are watching and watching to see where it goes.
Currently, he said Claresholm was the per capita leader in the country for positive COVID-19 cases.
Coun. Brad Schlossberger asked if touching surfaces to spread the virus is as serious as first thought.
Dr. Jones responded touching surfaces has less spread than transmission from other people.
He also asked if there is a lot of opposition to a mandatory mask bylaw, given other communities such as Lethbridge and Okotoks have enacted them.
“It’s divided,” said Mayor Doug MacPherson who spent an hour at the post office earlier in the day talking to people. He estimated about 20 per cent were against mandatory masks.
Coun. Lise Schulze said the percentage opposed was higher than 20 per cent.
“I don’t think everyone should be forced to wear a mask,” she said, adding there are other voices out there and people should not be shamed for not wearing masks.
Coun. Craig Zimmer concurred, saying he was not opposed to masks but did not think they should be mandatory.
He talked to business owners as well. Some told him they can social distance in their businesses because they are not busy enough.
He added it should be the decision of business owners whether to mask up.
MacPherson pointed out the mask does not protect the wearer, but the people around the wearer.
He added he is not in the vulnerable category. “I wear the mask out of courtesy to the people around me,” he said.
Coun. Kieth Carlson said he recognized masks were the number one safety net to prevent the spread of the virus, but he had a tough time making them mandatory because it would be so hard to enforce.
That’s why he said he was still waffling on the issue.
Coun. Mike Cutler said compliance started going up when the number of positive cases started going up. He referred to the three Ws, noting all of them are part of the solution.
Schlossberger cautioned it was important to look at the most vulnerable populations. “We have to do everything we can to protect our seniors,” he said.
Schlossberger alluded to Lethbridge, which has a mandatory mask bylaw. It saw compliance go from 30 to 40 per cent before the bylaw was enacted, to 90 per cent after.
Cutler said it still didn’t lower the rates of infection though.
Schulze then pointed to the people in town struggling with mental health issues who would not react well to having to wear a mask.
“Why can’t we leave it to people’s discretion?” she asked.
Carlson said education is still needed as well on the benefits of wearing a mask.
Coun. Gaven Moore admitted he was sick all day thinking about the issue. He did not want to wear a mask, but it was not just about him, he said. He also looked at Claresholm’s high per capita infection rate.
Schlossberger said Claresholm could be part of the solution to slow down the spread of the virus across the country. No one wanted to see the country go back into lockdown.
Schulze said it was up to the people, who have their own point of view. “I think we can trust our community,” she said.
MacPherson brought the discussion to a close by emphasizing whatever decision council made, they should all support it.
“Remember to respect each other’s opinion,” he said.
When the vote came council voted against a mandatory mask bylaw.
Carlson also asked Chief Administrative Officer Marian Carlson if the town could do more education that council supports wearing masks, just not mandating they be worn.
Marian Carlson responded additional information can be put in the town’s full page ad in the Local Press. 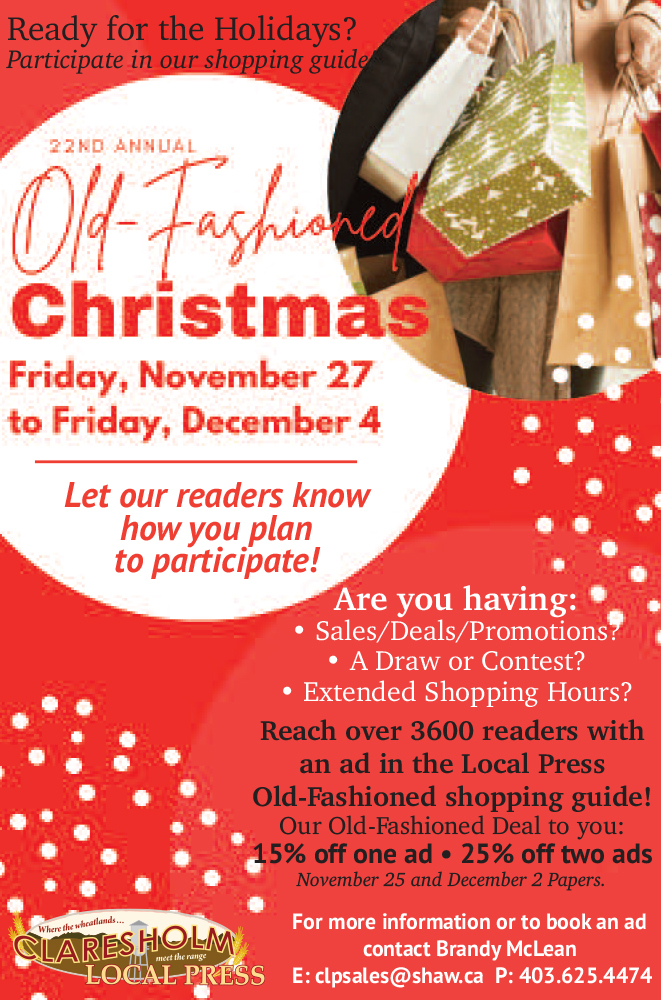