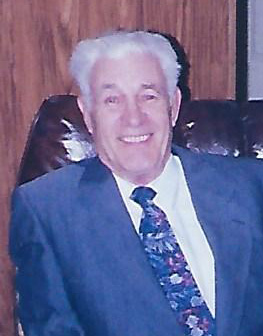 Barry was born in Birmingham, England and always wanted to go to Australia but he ended up in Canada. He worked for Dominion Steel in Toronto, as a steelworker when he first came to Canada. He moved to Czar, Alberta and worked for Harold Semberg and developed his love of horses, hooked to a hayrack. One day, in the spring of the year, he was bringing back a sled with wood on it for a branding fire and slipped on some hidden ice and fell with his face in the mud. Semberg remembers that to this day.
In September 1956, he met Helen and they were married on February 16, 1957. They moved to Toronto and Barry took up window cleaning. His crew did the first clean of the CN Tower. Later, they lived in Quebec, in La Belle Province, for several years. Barry was a window cleaner in Montreal. Due to family obligations, they moved back to Alberta to Rocky Mountain House and later to Fort Macleod before the wind blew them to Claresholm in 1987.
Barry’s loves were opera and horses, a strange combination! He is survived by his wife of 63 years, Helen and two nephews in England, Ian (Barbara) Banks and Andrew (Sandra) Banks and their families, also Linda and Brad Cloutier of Salt Spring Island, BC.
Helen would like to thank the doctors, nurses and staff at the Willow Creek Continuing Care Centre for the kind care they extended to Barry during his time there.