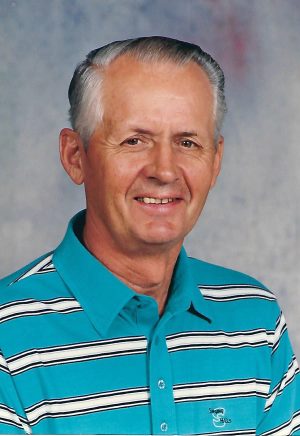 Bill was predeceased by his beloved wife, Fay. Bill will be remembered with greatest of affection and dearly missed by his son, Wayne Brown, his sister, Peggy Hartman-Trewin (Ed), and his daughter-in-law Therese Haasen (John), as well as his grandchildren, Janelle Donohue (Matt), Drew Brown (Marin), Jessica Dykstra ( Joel), Amy Brown and Steven Brown and his five great-grandchildren, Jack, Luke and Brendan Donohue, and Raegen and Ryenne Dykstra. B

ill was predeceased by his son, Jack, his infant daughter, Susan, his parents, Francis and Nollie Brown, and his brother, Hugh Brown (Anna).

After a brief stint owning a small trucking business, it was when he returned to farm life that Bill was able to integrate what mattered most to him – family and farming. Bill and his wife Fay, as a team, made their grain and cattle farming operation a success. Their farm not only provided a livelihood, it also became a source of pride and joy and it allowed them to raise their sons Jack and Wayne with values that stood the test of time.

Bill was an avid curler and along with his brother Hugh, represented Alberta in the 1955 Brier. In retirement, he developed a passion for golf. He made a lasting contribution to the Claresholm Community through his volunteer efforts in both the local curling and golf clubs.

In recent years, he was honored to receive the Distinguished Lion Award for his lifelong service. Bill often reflected on the almost unimaginable changes in the world since his early years riding a horse to a one room country school house, and would remark that he had lived during the most interesting time to be alive. He also had the good fortune to be born into a community he loved. His many friends brought him such joy in the happy years, and great comfort in the more difficult times. He truly had a life well lived.